I read all day long 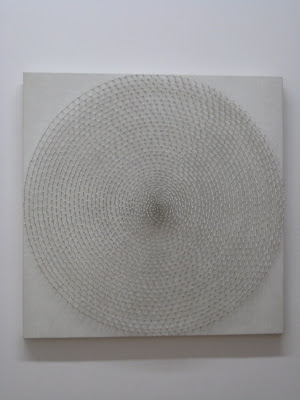 This morning, out on the veranda, listening to the falling rain from time to time, I read the manuscripts copied last night from the internet. It is on the concept of disease, nothing romantic about it. I learned a lot from this reading. And went on to the book of Hans-Georg Gadamer (1900-2002), a disciple of Heidegger, "The enigma of health". This led me to reflect on how to look at disease and health. Finding out the holostic point of view ("whole", "totality", "Ganzheit" in German) in his thoughts, I find it interesting and this is one direction to take from now on to overcome many problems encountered in the scene of medical practice. After a brief nap, I went out to a nearby cafe to read manuscripts on medical philosophy and ethics in Japanese, which also turned out to be a stimulating read. In sum, I read and reflected all day long. No distractions. A perfect day!

Somewhere in the litterature, I was surprised to find out that Bill Safire of the New York Times (retired in 2005, now at the Dana Foundation) have been involved in the field of ethics and is thought to coin the term "neuroethics". While I was in New York City, I read his articles in the NYT and his books on language. Now I am thinking of looking into his recent activities on this side.

You can see one of his activities here: "Science, Ethics and the Law". And the following is his last words at the NYT (January 24, 2005):

"When you're through changing, learning, working to stay involved -- only then are you through. Never retire."