"Science as Autobiography: The Troubled Life of Niels Jerne" by Thomas Söderqvist 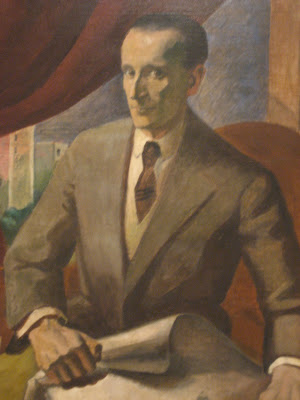 As a starter for this summer vacation, I read a biography of an immunologist named Niels Jerne (Thomas Söderqvist "Science as Autobiography: The Troubled Life of Niels Jerne", Yale University Press, 2003). The reason why I read this book is rather strange. In one of the New Year's cards this year, I found his name. The sender of that card is my friend scientist with whom I had worked together at the graduate school for one year before I left for the US. While I was in New York City, he spent one year at a nearby University and then left for England to stay there for almost 10 years. In his card, he mentioned he saw Jerne in me or in my style of life. Naturally I was surprised to see his words. Because I admired or more precisely envied his way of doing research, I wanted to know what made him choose his style of research or life and why my friend sent me such a message. And it turned out to be an interesting and enjoyable read.

First of all, I was surprised to see some of the chapter titles. Because I thought as if those were my statements. For example,

1. "I have never in my life felt I belonged in the place where I lived"

3. "I wanted to study something that couldn't be used"

4. "I have the feeling that everything around me is enveloped in a mist"

21. "Immunology is for me becoming a mostly philosophical subject"

Last one was probably my deep-seated desire, which was not realized during my scientific career. That may be the reason why I am here in Paris to look at this field from philosophical perspectives. In any case, I saw in this book a typical (at least for me) European scientist (although that may not be the case for European eyes). Probably because I am now in Europe and I have been in the States for 7 years, I could feel physically the big gap between the two cultures. His stay in Pasadena, for example, may be a case in point. When he came back to Europe, he realized the things of "tremendous importance: the European soul, a thousand years of European history, fantastic vitality and creativity." I can better understand his reaction now.

After having read this book full of interesting anecdotes, however, I still cannot figure out the meaning of my friend's observation.

------------------------------------
Note:
Having seen my article in the Japanese blog, Prof. Söderqvist sent me an email saying that the Japanese version is now available. And I found in his blog that he had an impression that his intention was not clearly understood on the part of translators, judging from the translated title 「免疫学の巨人」 ("The giant in immunology"). The following is the reason:

"The thrust of the book is that Jerne’s theoretical work in immunology was a metaphorical projection of his understanding of himself. His science was literally his autobiography. Accordingly Science as Autobiography is a case-study of an auto/biographical approach to understanding the construction of scientific knowledge. My claim is that the inner life of the scientist constitutes an emotional and existential context for the production of scientific knowledge which is as important as the cultural or social contexts.

Most reviewers got this message right (like Fred Tauber in Bull. Hist. Med.). But, alas, it gets completely lost in the translation. The new title erroneously classifies the biography into one of these hagiographical works that I very consciously tried to stay away from. Maybe some immunologists believe Jerne was a ‘giant’, but I certainly didn’t portray him as such. It simply wasn’t the intention of the book." 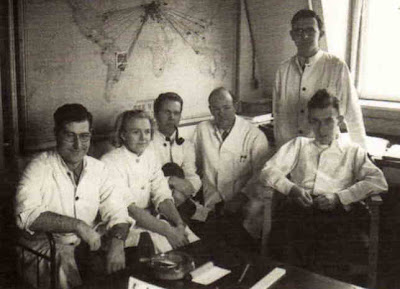 I noticed one of the players in this book, Dr. Gunther Stent, had died on June 12, 2008. The New York Times Obituary is here.