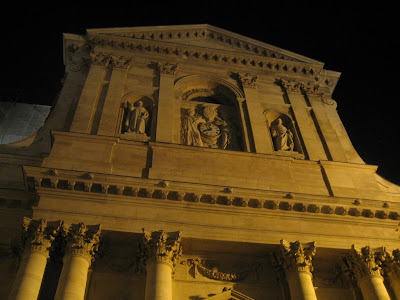 Yesterday morning, a book arrived. The book by François Dagognet, entitled "Pour une philosophie de la maladie" ("For a philosophy of disease"). I started to read first in the open air, and then in a café. Let me briefly introduce this philosopher of medicine.

According to the portrait in the book, he had troubled adolescent days and only started to study in school at the age of 15. When he was 18 years old, he worked from June to November and philosophized the rest of the year to assure his liberty. He then attended Sorbonne, but his professor did not satisfy him. After a year at Sorbonne, he left for Strasbourg to study under Georges Canguilhem and finished his study in philosophy in 1949. He went on to study medicine and obtained the degree from a small medical school in Dijon where Roger Guillemin also attended. There he learned many important things in clinical practice, such as listening to his patients, to globally understand disease. As a professor of philosophy at University of Lyon and then at University of Paris 1, François Dagognet writes many books in which the spirit of Dijon is lively expressed.

This book is in the form of interview and covers the genealogy of medical thinking, problem of bioethics and health policies. It is easy to read. I enjoyed the part of medical history, particularly, the duel between two school of thoughts, which persists even today. One school (l'école sémiologique) looks directly at patients, whereas the other (l'école instrumentaliste) looks objectively at diseases. This division will give us an important hint when we reflect on the problem of health and disease.