Reflecting on "the future of philosophy of science" 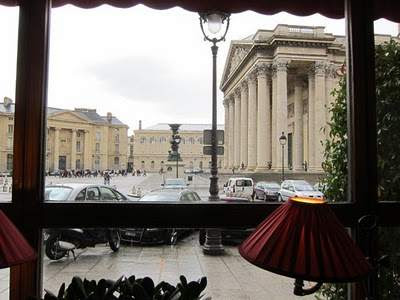 A couple days ago, I happened to reach the Philosophy & Theory in Biology blog. In it, Dr. Massimo Pigliucci put an article from the Tilburg meeting on the future of philosophy of science. Most of the presentations (more than two thirds) were not strictly related to this topic, but some philosophers talked about it. I don't know whether this is an indication that most of the philosophers of sciences are not concerned with this theme and "enfermé" in his or her specialized domain.

As far as I am concerned, this is the most important topic at the present time, probably because I have been involved in the field of biology/immunology for such a long time. When I started to learn what philosophy of sciences is about, I immediately realized that the benefit of communication between science and philosophy is enormous for scientists and probably for philosophers as well. Dr. Pigliucci stressed the importance of this communication throughout the article, and I totally agree with his point and in fact felt encouraged. From a scientist point of view, this is the direction to be taken by philosophers in the future.

According to his view, the future of philosophy of science concerns three major lines of inquiry. The first is a traditional approach that studies scientific reasoning and practice, which may or may not attract scientists' interest. The second is a discipline contiguous to theoretical science, and this is what Dr. Hasok Chang discussed as "history and philosophy of science as a continuation of science by other means". In fact, when I encountered this phrase a few years ago, I was struck because it described precisely what I felt at the time. The third point is a crucial simultaneous watchdog and defender of science in the public arena. The latter two seem be more recent and still evolving.

Although the first direction continues to be important, I, as a former scientist, think the second most attractive for a purely scientific reason and the third interesting from the perspective of ethics. I'll have to see where my research will take me to.