I have decided to combine the English version of my blog "A philosophical view from Paris" with this blog. This is the first article in the English blog. 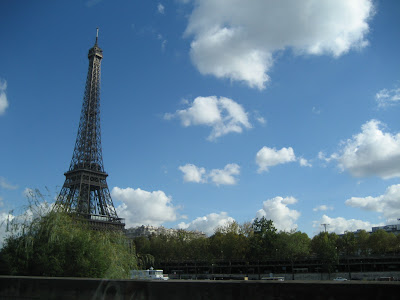 I was a researcher in Tokyo before coming to Paris in the summer 2007 to study philosophy of science at Paris 1. One of my interests is in the field of medicine, particularly very basic problems, for example, what is disease (or illness, sickness; by the way, there is one word for these conditions in French, la maladie), why there are diseases. Yesterday, I posted an article in my blog (in Japanese) in which I mentioned about the anthology book "Penser la médecine -- Essais philosophiques". One of the readers, who is suffering from an intractable disease, left a comment saying that I should write more often about the problems around the medical practice, such as patient-doctor relation or doctor's perception of afflicting patients, and that she hopes that my thoughts on this important but often neglected theme will deepen.

As soon as I read her comment, I remembered the attitude of a doctor when my father was in his dying bed. I could clearly realize that I was facing with a technician with medical knowledge. Since then, I have had a strong impression that a very basic thing is missing in the mind or culture of medical doctors, which is perhaps deeply rooted in the history of medicine. I would like to think about this problem myself from wider perspectives. And I don't know why, I wanted to start a blog in English for the first time. In this blog, I plan to write from Paris about what is going on in my esprit, including the problems described above. Your participations will be greatly appreciated.

enna: do write about it ya, and do check out my blog
enna-past10-of-ina@blogspot.com