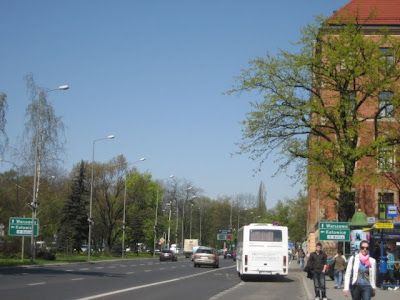 On the second day of my stay in Krakow, I happened to discover this poet in the American Bookstore. From time to time I read his prose and verse.

STAR
I returned to you years later,
gray and lovely city,
unchanging city
buried in the waters of the past.


I'm no longer the student
of philosophy, poetry, and curiosity,
I'm not the young poet who wrote
too many lines


and wandered in the maze
of narrow streets and illusions.
The sovereign of clocks and shadows
has touched my brow with his hand,

A Defense of Ardor

From Lvov to Gliwice, from Gliwice to Krakow, from Krakow to Berlin (for two years); then to Paris, for a long while, and from there to Houston every year for four months; then back to Krakow. My first trip was involuntary, forced by the international treaties that ended World War II. The second was simply the result of an ordinary thirst for education (back then young Poles thought that a good education could be found -- if you looked for it -- only in ancient Krakow). The impulse behind the third was curiosity about a different, Western world. The fourth was motivated by what we'll discreetly call "reasons of a personal nature." And finally, the fifth (Houston) was spurred both by curiosity (America) and by what might cautiously be termed economic necessity.